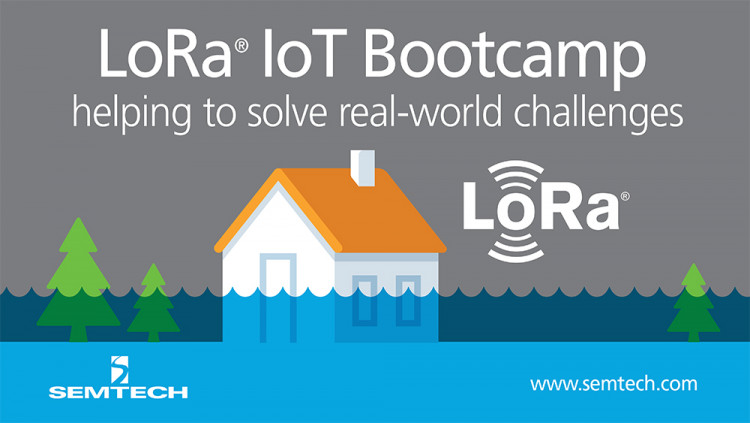 Sensoro and Semtech Sponsored First MIT Internet of Things (IoT) Bootcamp, Exposing The Next-Generation Of Innovators To The Power Of Smart Devices

Sensoro, a leading sensor device and network technology company, and Semtech (Nasdaq:SMTC), a leading supplier of high performance analog and mixed-signal semiconductors and advanced algorithms, sponsored a Massachusetts Institute of Technology (MIT) Bootcamp dedicated to the Internet of Things (IoT). The aim of the bootcamp was to expose teams of students to the potential uses of IoT by allowing them to experiment with the LoRaWAN™ protocol provided by the LoRa Alliance™.

The event had around 40 participants who were divided into small working teams to generate ideas on how to make a positive impact on communities across the world. A leading example was the development of a wireless sensor system to monitor water levels in drainage systems. The purpose of the system was to prevent natural floods in Turkey, where flash floods account for millions of dollars in damage, as well as many injuries and deaths.

The team’s solution was to utilize wireless sensors to help mitigate this problem. The team implemented a LoRaWAN network to power the water level sensors, each connecting to a LoRaWAN-enabled gateway. The LoRaWAN protocol offers unique and unequaled benefits in terms of bi-directionality, security, mobility and accurate localization that are not addressed by other LPWAN technologies. These benefits can provide the diverse use cases and business models that are expected to enable deployments of large-scale LPWAN IoT networks globally.

The data gathered on water levels then allows for alerts to be sent via email or SMS. The students also set up a traffic control scheme that green-lighted the evacuation route. This system would allow Turkey’s citizens and government the extra time needed to protect property and save lives.

“The bootcamp was a fantastic example of how IoT solutions could make an incredible impact on society,” said Vivian Li, Co-Founder, CSO of Sensoro. “In this particular case, it could save countless lives and injuries and help avoid or mitigate property damage.”

The water-level detection system developed by students is an example of the potentially life-changing impact that the IoT and LoRaWAN-based technology could achieve. “Although the potential market space for the IoT is increasingly recognized, the general conception in terms of the potential use of the IoT remains limited,” added Li. “As well as leading the way in the technological development of the IoT, Sensoro also hopes to increase the awareness of the true capabilities of this technology across all areas of society.”

Founded in 2013 as part of the Microsoft accelerator program, Sensoro is quickly becoming a leading name in the IoT industry and recently secured $18 million dollars in Series B funding. Sensoro manufactures beacon devices that collect and send information based on proximity and wireless sensor networks that aggregate digital data from the physical world for IoT applications. Sensoro customers have deployed over 450,000 beacons in over 75 countries worldwide. The company’s headquarters lies in Seattle with offices in Beijing, Shanghai, and Shenzhen.