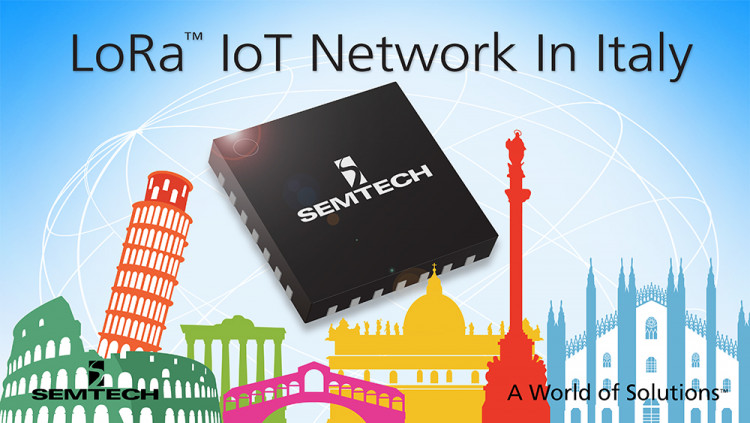 Semtech Corporation (Nasdaq: SMTC), a leading supplier of analog and mixed-signal semiconductors, announced today that A2A, a leading Italian utility company, has launched A2A Smart City, an initiative to promote Internet of Things (IoT) applications, and will deploy a low-power wide-area network (LPWAN) based on the LoRaWAN™ specification in 2016.

The A2A Smart City initiative was started to position A2A as an IoT leader in Italy. Through the deployment of a LPWAN in the region and by offering resources for the design and implementation of smart technologies, A2A, along with the Smart City Lab, aims to promote the roll out of smart metering, infrastructure, parking, security, healthcare and government applications in Italy.

A2A chose the LoRaWAN specification, which is based on Semtech LoRa™ wireless RF technology and standardized by the LoRa™ Alliance, for its feature set that is specifically tailored for large-scale rollouts. LoRa technology offers long range reliability and scalability through extended battery life and streamlined implementation and by operating on low power.

Marco Moretti, Chief Information Officer of A2A and President of A2A Smart City: “A2A Smart City chose LoRaWAN as the protocol for the IoT after two months of experimentation at the Smart City lab in Brescia. The LoRaWAN technology is the only one on the market now to respond to the characteristics of reliability and scalability, required by our project, starting from the territories of Lombardy where A2A group operates in the cities of Milan, Brescia and Bergamo.”

“A2A’s commitment to IoT and smart city is an exciting progression for the worldwide standardization of the LoRaWAN specification,” said Jaap Groot, Vice President of System Business Development for Semtech’s Wireless, Sensing and Timing Product Group. “By offering local entrepreneurs and companies the tools to easily implement IoT applications, we anticipate accelerated roll out of IoT and smart city solutions in Italy.”